CORNER GAS ANIMATED and Saskatchewan Roughriders Pump It Up 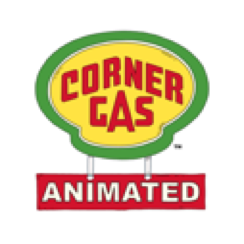 CORNER GAS ANIMATED and Saskatchewan Roughriders Pump It Up

REGINA (June 14, 2018) – It’s a big weekend for CORNER GAS fans as CORNER GAS ANIMATED and the Saskatchewan Roughriders announce a new collaboration beginning with the season home opener on Friday, June 15, just days before the new series makes its broadcast debut on CTV on Sunday, June 17.

In the new CORNER GAS ANIMATED collaboration with the Saskatchewan Roughriders, the two Canadian icons have banded together to share Rider Pride just in time for the season home opener as the Roughriders host the Toronto Argonauts, airing live at 8:30 p.m. ET / 6:30 p.m. CT on TSN. Elements of the collaboration include:

“The Riders and Corner Gas are incredible brands with incredible fans – it’s a perfect fit,” said Executive Producer Virginia Thompson. “We hope to be able to have more opportunities to work with the team and the league.”

“It’s no secret I’m a big Roughriders fan. Comic books, cartoons, and the Riders are part of my DNA,” said Creator, Executive Producer and star Brent Butt. “I am absolutely thrilled about this new collaboration.”

As previously announced, The Comedy Network has renewed CORNER GAS ANIMATED for a second season.

Created by and starring comedian Brent Butt, the half-hour series features all the beloved characters of Dog River, Saskatchewan, as they partake in new adventures in an expanded animated universe.

For updates on all things CORNER GAS, including CORNER GAS ANIMATED merchandise as well as Limited Collectors’ Editions, events, and news, visit cornergas.com.

Bell Media has commissioned some of Canada’s most-watched and most-acclaimed original programming, working with the best Canadian independent producers in the country. Hit series commissioned by CTV include the hit drama CARDINAL, the record-breaking THE AMAZING RACE CANADA and MASTERCHEF CANADA, original series THE DISAPPEARANCE, THE INDIAN DETECTIVE, and the international TV format THE LAUNCH. Among the original series on Bell Media specialty and streaming platforms are Space’s KILLJOYS and WYNONNA EARP; CraveTV hit comedy LETTERKENNY; Bravo’s mystery drama CARTER; Discovery’s first-ever drama FRONTIER; Comedy’s satirical news series THE BEAVERTON as well as CORNER GAS ANIMATED; and multiple series and specials for food and lifestyle channel Gusto, including ONE WORLD KITCHEN. Discovery is also home to Bell Media’s hit factual franchise HIGHWAY THRU HELL, HEAVY RESCUE: 401, and CANADA’S WORST DRIVER, among others. Bell Media is one of the first media companies in North America to commit to producing all new original scripted series in 4K.

Canada’s first specialty comedy service, The Comedy Network airs comedy of all kinds, 24-hours-a-day, across multiple platforms, including a revolutionary broadband service at thecomedynetwork.ca. Launched in October 1997, Comedy broadcasts, uncut and uncensored, an eclectic mix of scripted, stand-up, sketch, improv, and animated comedy – as well as topical comedy talk shows, game shows and classic situation comedies. Offering an unrivalled slate of original Canadian programming, Comedy reinvests nearly 50 per cent of its revenues into home-grown productions. Comedy is a division of Bell Media, which is owned by BCE Inc. (TSX, NYSE: BCE), Canada’s largest communications company, and is available in nearly six million households across the country.

About The Canadian Football League

Today’s CFL is more than just our great game of football. It’s fans sharing their excitement for what they see on the field, and what they experience off it. Stay up to date on all the non-stop action at CFL.ca and join all of Canada as we celebrate the 106th Grey Cup, presented by Shaw, this November in Edmonton. The CFL regular season kicks off a week earlier this year on Thursday, June 14th, when the Winnipeg Blue Bombers host the Edmonton Eskimos at Investors Group Field. Friday Night Football debuts June 15th when the Saskatchewan Roughriders host the reigning Grey Cup champions, the Toronto Argonauts. On Saturday, June 16th, the first double-header of the season starts with the Hamilton Tiger-Cats heading west to take on the Calgary Stampeders and the finale for Week 1 consists of the Montreal Alouettes playing against the BC Lions at BC Place. For single-game tickets, click here.