Back by Popular Demand – Corner Gas: The Movie Returns to Theatres

– As television Sneak Peek continues on The Movie Network and soon on CraveTV, audiences treated to special in-cinema experience for one last weekend – Milestone feature film returns to 38 screens across Canada, before premieres on CTV and The Comedy Network, and DVD/Blu-Ray release –

TORONTO (December 10, 2014) – Dog River is back on the big screen! Prairie Pants Distribution is proud to announce that due to popular demand Corner Gas: The Movie will receive an extended in-theatre run this weekend. The Cineplex Front Row Centre Event returns to 38 Cineplex, Landmark, and independent theatres in select markets across Canada from Friday, December 12 to Sunday, December 14. (Tickets on sale December 12. Go to cornergasthemovie.com to purchase tickets or check local listings). The announcement comes as Corner Gas: The Movie continues a special TV sneak peek on The Movie Network (TMN) that began Monday, and in advance of its CraveTV debut this Thursday, Dec. 11. 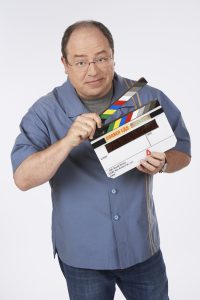 “Today’s announcement speaks to the innovative distribution model for Corner Gas: The Movie and the success of event cinema,” said Virginia Thompson, Executive Producer. “Following the successful five-day theatrical launch event, the film will now feature encore performances in cinemas while on subscription TV and streaming.”

Last week, Canadians renewed their love affair with the gang from Dog River, as audiences filled theatres across the country to see Corner Gas: The Movie. Released on 101 screens nationwide, preliminary data from the Cineplex Front Row Centre Events’ theatrical debut reports nearly 60,000 moviegoers during the five-day engagement, from December 3 to 7.

With many shows sold out, the interactive in-cinema event attracted lively audiences across Canada who sang en masse to the CORNER GAS theme song and to a rendition of “O Canada” performed by award-winning singer-songwriter, Del Barber, and his band The Profiteers. Fans remained in their seats for the duration of the special closing-credit sequence, and regaled the film with applause and standing ovations.

“We were able to work with the producers of CORNER GAS, to provide a unique out-of-home experience, which has generated some of the biggest weekend box-office numbers of the year for a Canadian movie,” said Michael Kennedy, Executive Vice President, Filmed Entertainment, Film Buying for Cineplex Entertainment. “Audiences truly loved sharing the experience of this movie in our theatres!”

“Audience response has been truly incredible – beyond what we had hoped,” said Creator/Star/Writer and Executive Producer Brent Butt. “There were reports of sold-out theatres from all across the country, and night after night we were overwhelmed by the support and positive messages from fans. We are truly and honestly gob-smacked.”

For one last weekend, moviegoers will be treated to a CORNER GAS experience exclusive to cinemas, which includes a CORNER GAS warm-up show, hosted by Brent Butt and produced by the Executive Producers of CORNER GAS. The 20-minute warm-up show is packed with CORNER GAS fun facts, games, quizzes, random giveaways, and footage from the Canada- wide CORNER GAS Sing-A-Long, and lots of laughs.

Also exclusive to moviegoers is the film’s closing credit sequence. In addition to bloopers and out-takes from the making-of the film, the closing credits include footage of hundreds of fans across the country singing the CORNER GAS theme song “Not A Lot Goin’ On”, and crowds dancing and singing in the streets of “Dog River” led by CORNER GAS song-writer Craig Northey and two of its stars, Brent Butt and Fred Ewanuick.

Corner Gas: The Movie is currently airing on The Movie Network (and its multiplex channels) another 14 times before ending its run on Dec. 13. Following its TMN sneak preview and this weekend’s theatrical release, Corner Gas: The Movie makes its super-simulcast network premiere on Wednesday, Dec. 17 at 8 p.m. ET/PT on CTV, CTV Two, and CTV GO, and debuts Monday, Dec. 22 at 8 p.m. ET/PT on The Comedy Network. Corner Gas: The Movie will also be the first Canadian program to receive a first-look screening on Bell Media’s CraveTV when the premium subscription TV streaming service launches Thursday, Dec. 11. A special collector’s edition DVD and Blu-ray will be released prior to the holidays.