Time to Gas Up! Corner Gas: The Movie Kicks Off with “CORNER GAS Weekend in Toronto”, November 15 and 16

Time to Gas Up! Corner Gas: The Movie Kicks Off with “CORNER GAS Weekend in Toronto”, November 15 and 16

Brent Butt and Cast Celebrate the Film and Saskatchewan with Appearances at The Saskie Showcase, the Santa Claus Parade, and the Canadian International Television Festival

TORONTO (November 12, 2014) – This weekend, Brent Butt and cast members from Corner Gas: The Movie will bring some prairie charm to Toronto with “CORNER GAS Weekend in Toronto”, Saturday and Sunday, November 15 and 16. In celebration of the film and the province of Saskatchewan, the festivities kick-off on Saturday, November 15 with The Saskie Showcase, a private evening of Saskatchewan music hosted by the cast. On Sunday, November 16, cast members join the 110th Annual Santa Claus Parade on their own float, spreading holiday cheer for fans as they gear up for the film. Then, in celebration of the 10- year anniversary of the debut of CTV’s smash-hit CORNER GAS, the cast reunites at the 2nd Annual Canadian International Television Festival to give fans an advanced behind-the- scenes look of their new film, followed by Q&A. 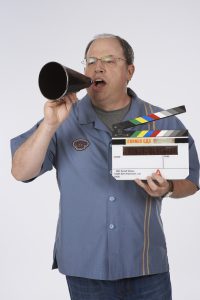 “CORNER GAS Weekend in Toronto” kicks-off Saturday, November 15 with The Saskie Showcase, a private industry event at the Drake Hotel Underground presented by Creative Saskatchewan, Sask Music, and Corner Gas: The Movie. Hosted by Brent Butt and members of the CORNER GAS cast, the evening features the best of Saskatchewan’s Indie-Rock, Bluegrass, and Folk music scene, including Close Talker, The Dead South, Young Benjamins, and Slow Down Molasses.

Corner Gas: The Movie opens in select Cineplex and Landmark theatres across the country for five days only, December 3 to 7, 2014. Tickets for the Cineplex Front Row Centre Event go on sale November 14 at 5 p.m. ET. Fans can visit cornergasthemovie.com to purchase tickets or check local theatre listings.

Following its theatrical release, the 90-minute feature will make its network broadcast debut in December on CTV and CTV GO, following a special preview for The Movie Network and TMN GO subscribers. The movie will also air on The Comedy Network in December (all broadcast dates to be announced soon), complemented by a special collector’s edition DVD available for purchase before the holidays.